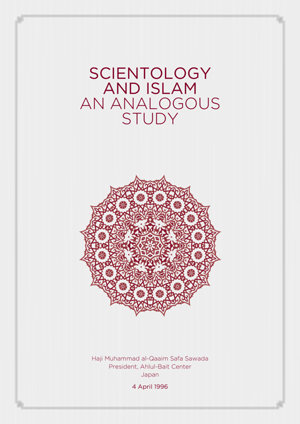 In this study, Haji Muhammad al-Qaaim Safa Sawada compares Scientology and Islam, enhanced by his perspective as a Muslim living in Japan. Numerous parallels between the two religions are presented, including an affirmation of the spiritual nature of humanity, the inherent goodness of humanity, and respect for the religious beliefs of others. “Islam and Scientology have some similarities,” Mr. Sawada observes. “The pursuit of knowledge and wisdom are highest amongst them. They both wish to elevate and free man. Both have the deep and most-respected beliefs of other religions and sectarian practices. Both have been persecuted in the media unfairly with blatantly false information spread about them. Both have prospered in the face of this. However, it is the belief that man can be helped that brings these two religions into study by this writer, and this writer believes that both religions have not only much to offer to mankind but to each other as well.”