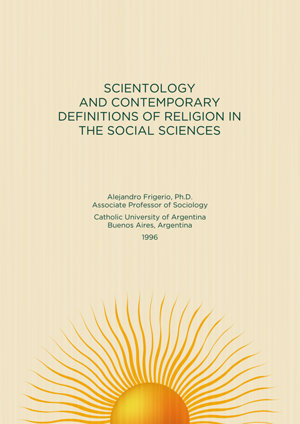 In this article, originally published in 1999, Professor Alejandro Frigerio addresses the question of whether and in what ways Scientology counts as a religion, by surveying various contemporary definitions at play in the social sciences. As Dr. Frigerio explains, these include substantive, comparative, functional, analytical, and emic definitions and criteria. “As a result of the analysis undertaken here,” he explains, “we can conclude that Scientology is a religion from all perspectives which exist in the current discussion of the definition of this term in the social sciences and which we have reviewed in the present work.” The religious nature and characteristics of Scientology are demonstrated in the Church’s theology, practices and community life and as lived out in everyday life by Scientologists themselves.