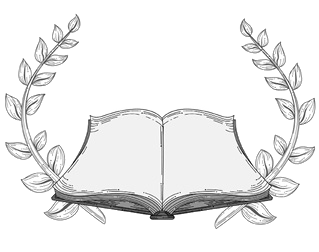 For more than forty years, he has conducted research into minority religious movements in Britain and overseas (in the United States, Ghana, Kenya, Belgium and Japan, among other places). His work has involved reading the publications of these movements and, wherever possible, associating with their members in their meetings, services and homes. It has also entailed sustained attention to, and critical appraisal of, the works of other scholars.

Fellow of the American Counsel of Learned Societies, at the University of California, Berkeley, United States, 1966–7

Research Consultant for the Sociology of Religion to the University of Padua, Italy, 1968–72

Visiting Fellow of The Japan Society, 1975

Visiting Professor in the Sociology of Religion, and Consultant for Religious Studies to the Mahidol University, Bangkok, Thailand, 1980–1

For several years, European Associate Editor, Journal for the Scientific Study of Religion

For six years, Joint Editor of the Annual Review of the Social Science of Religion.

He has lectured extensively on minority religious movements in Britain, Australia, Belgium, Canada, Japan, and the United States, and occasionally in Germany, Finland, France, the Netherlands, Norway and Sweden.

He has been called as an expert witness on sects in courts in Britain, the Netherlands, New Zealand and South Africa and has provided evidence on affidavit for courts in Australia and in France. He has also been called upon to give expert written advice on religious movements for the Parliamentary Home Affairs Committee of the House of Commons.

Among other works, he has published nine books devoted in whole or in part to minority religious movements:

Magic and the Millennium, London: Heinemann, and New York: Harper and Row, 1973

A Time to Chant: the Soka Gakkai Buddhists in Britain, [with K. Dobbelaere] Oxford: Clarendon Press, 1994 (Japanese translation in preparation).

He has also contributed to more than twenty-five articles on minority religious movements, to edited works and learned journals in Britain, the United States, France, Belgium, the Netherlands, and Japan, and to the Encyclopaedia Britannica, the Encyclopedia of Social Sciences, and the Encyclopedia of Religion, and is currently preparing a contribution for the Enciclopedia Italiana.