In February and August 1998, the Minister of Finance exempted Churches of Scientology from taxation, classifying the churches as “religious, nonprofit associations.”

The Church of Scientology has also been recognized as a religion in many other judicial and administrative decisions in Italy. This unequivocal religious recognition was acknowledged by the Italian Supreme Court in another decision in 2001, in which it relied on the numerous and, by now, prevailing body of jurisprudence finding that Scientology is a religious denomination. 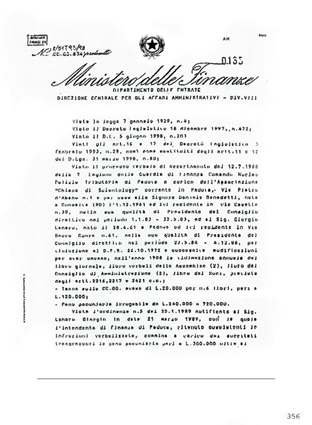 Churches of Scientology in Italy