The High Court decision in Centrepoint Community Growth Trust v. Commissioner (1985) 1 NZLR 673 set the standard for determining what a religion is under New Zealand law. In this case the New Zealand High Court cited with approval, and relied upon, the tests for religion adopted by the Australian High Court in Church of the New Faith v. Commissioner of Payroll Tax (1983) 1 VR 97 regarding the Church of Scientology. The High Court determined that the Church of Scientology qualifies as a religion and a charity, as it “meets the requirement of being exclusively charitable in nature by advancing religion” and “meets the requirement of being for the benefit of the public.”

In addition, in April 1974, the New Zealand Ministry of Justice approved the application of a Scientology minister to perform marriage ceremonies. 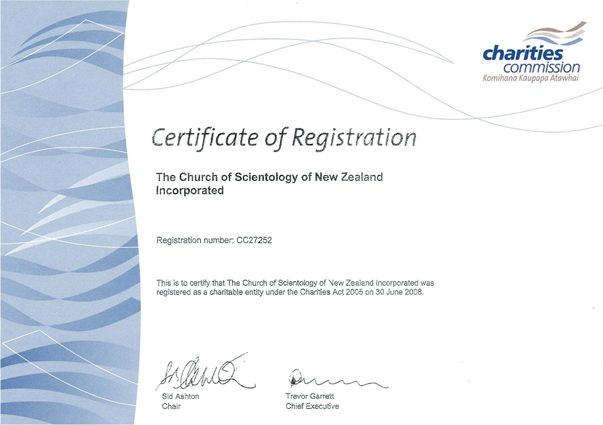