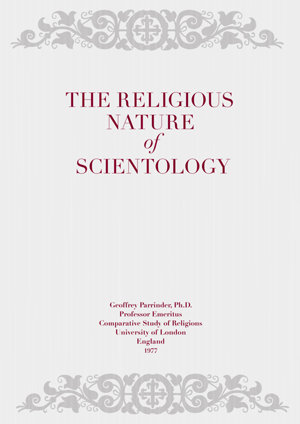 In this piece from 1977, Professor Geoffrey Parrinder discusses the religious nature of Scientology, based on his own academic study and visits to Church sites in England such as Saint Hill Manor, which is now preserved as an L. Ron Hubbard Landmark Site available to tour. Dr. Parrinder shares some of his ethnographic observations and provides analysis of features of life as a Scientologist, including weddings and funerals, putting these and other examples in comparative religious and secular context. He concludes that the Church’s “pervasive teaching of the spiritual nature of man and his indestructible inner essence is in accordance with much in some of the major religions of the world.”